The Georgetown University Initiative on Innovation, Development and Evaluation (gui2de), Georgetown Department of Economics, Georgetown Center for Economic Research (GCER), and the McCourt School of Public Policy cordially invite you to Robust Policies for Fragile States, a panel discussion featuring: 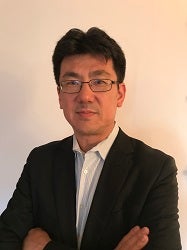 We are pleased to announce that one of our own, GCER Fellow Toshihiko Mukoyama, has been awarded the prestigious Nakahara Prize for 2018. The Nakahara prize is awarded annually by the Japanese Economic Association to the best Japanese economist under the age of 45.

Professor Mukoyama received the prize for his research on aggregate risks in labor markets. Incorporating frictions in both labor and asset markets, his model is able to disentangle labor market reactions in response to policy changes from individuals’ incentives to self-insure. The innovative methods developed by Professor Mukoyama can be used to evaluate more effectively the welfare consequences of unemployment insurance and other labor market policies.

See https://en.wikipedia.org/wiki/Nakahara_Prize for more information about the Nakahara Prize and the list of past recipients.

Kamila Sommer, a recent graduate of the Georgetown Department of Economics has a forthcoming paper in the American Economic Review. The paper, “Implications of US Tax Policy for House Prices, Rents, and Homeownership” challenges the widely-held view that repealing the preferential tax treatment of mortgages would depress home-ownership. The paper was jointly authored with Paul Sullivan of American University.

The Georgetown Center for Economic Research is pleased to announce that Tim Besley of the London School of Economics (LSE) will visit the Economics Department as one of this year’s GCER Distinguished Visitors. Timothy Besley is School Professor of Economics and Political Science and the W. Arthur Lewis Professor of Development Economics at the LSE. From September 2006 to August 2009, he served as an external member of the Bank of England Monetary Policy Committee. Since 2015, he served as a member of the UK’s National Infrastructure Commission. He is also the Gluskin Granovsky Fellow in the Institutions, Organizations and Growth Program of the Canadian Institute for Advanced Research (CIFAR).

Professor Besley will visit the Department of Economics at Georgetown University from November 6 – 10, 2017. 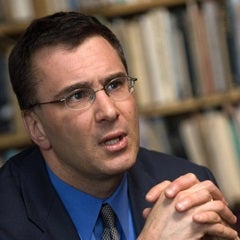 Jonathan Gruber, the Ford Professor of Economics at the Massachusetts Institute of Technology, will deliver the 2018 Razin Policy Lecture. The lecture will take place on Tuesday, March 13, 2018 from 4:00 p.m. to 5:30 p.m. in the Copley Formal Lounge on Georgetown University’s campus. A reception will follow.

Dr. Gruber is an expert on the economics of health care and public policy. He is currently the Director of the Health Care Program at the National Bureau of Economic Research (NBER) and President of the American Society of Health Economists. He was a key architect of Massachusetts’ ambitious health insurance reform.

Dr. Gruber has authored more than 160 research articles, a leading college textbook (Public Finance and Public Policy), and a graphic novel about health care reform. Slate Magazine named Dr. Gruber “one of the Top 25 Most Innovative and Practical Thinkers of Our Time.”  Modern Healthcare magazine twice rated him “one of the top 100 most powerful people in health care in the United States.” And in 2006, Dr. Gruber received the American Society of Health Economists Inaugural Medal for the best health economist in the nation under age 40.

He is a frequent contributor to the NY Times, Fortune, the Boston Globe, and the Washington Post. His most recent article, “Trump Says Obamacare is broken. He’s the one who broke it,” was published in the Washington Post on May 6, 2017.

A short biographical statement and links to Dr. Gruber’s website can be found here.

The Razin Lecture is to be accompanied by the awarding of the Razin Prize for best research paper by an advanced graduate student. Click here for more on the Razin Prize and Policy Lecture, its background, and history.

The Georgetown Center for Economic Research is pleased to announce that Kai-Uwe Kuhn will join GCER as a Visiting Fellow. Kai-Uwe Kühn is Professor of Economics at the University of East Anglia School of Economics, where he also serves as Deputy Director of the Center for Competition Policy. Professor Kuhn also is a Visiting Professor at the Düsseldorf Institute for Competition Economics (DICE), Heinrich-Heine University Düsseldorf and a senior consultant to the Competition Practice of CRA. Professor Kühn’s research interests are in theoretical, experimental, and empirical industrial organization and cover a wide range of topics including competition in durable goods, vertical integration and vertical restraints, collusion, coordinated effects of mergers, market foreclosure, and the impact of credit constraints on market behavior.

The Georgetown Center for Economic Research is pleased to announce that Atif Mian, Princeton University will join this year’s GCER Distinguished Visitor Series. Atif Mian is Theodore A. Wells ’29 Professor of Economics and Public Affairs at Princeton University, and Director of the Julis-Rabinowitz Center for Public Policy and Finance at the Woodrow Wilson School. He holds a Bachelor’s degree in Mathematics with Computer Science and Ph.D. in Economics from MIT. Prior to joining Princeton in 2012 he taught at the University of California, Berkeley and the University of Chicago Booth School of business. Professor Mian’s work studies the connections between finance and the macro economy. Professor Mian joins the other three GCER Distinguished Visitors:  Jesus Fernandez-Villaverde (UPenn), Douglas Gale (NYU) and Whitney Newey (MIT).

The Georgetown Center for Economic Research is pleased to announce the biennial Alumni Conference will be held on June 1-2, 2017. The conference, organized primarily by former GU PhD students who have graduated and moved on to successful careers as scholars, researchers, and teachers at various institutions. Held on the GU campus, the alumni conference aims to bring together recent Ph.Ds, faculty and current graduate students as well as other researchers in the greater DC area. The conference will include sessions in different areas of economics; at least one session will be reserved for current graduate students intending to go on the job market. For information about the conference including registration and the conference program can be accessed by clicking here.

The Georgetown Center for Economic Research is pleased to announce the inaugural Applied Microeconomics Conference will be held on May 11-12, 2017. The conference, co-sponsored with the Centre for Microdata Methods and Practice, a joint venture by the Department of Economics University College London and the Institute for Fiscal Studies, will take place at the Georgetown University School of Continuing Studies. The conference program can be accessed by clicking here.

The fifth year of the GCER Distinguished Visitor Series features a number of prominent economists who will spend time in the Department during the 2016-17 academic year. This years Distinguished Visitors include: Jesus Fernandez-Villaverde (UPenn), Douglas Gale (NYU) and Whitney Newey (MIT).

Jesus Fernandez-Villaverde is the Director of Graduate Studies and Professor of Economics at the University of Pennsylvania. Professor Fernandez-Villaverde is a Research Associate for the National Bureau of Economic Research (NBER) and Penn’s Population Studies Center, and a Research Affiliate for the Centre for Economic Policy Research. His research agenda is in macroeconomics and econometrics, with a focus on the computation and estimation of dynamic stochastic general equilibrium (DSGE) models.

Douglas Gale is the Silver Professor of Economics at New York University. Professor Gale is a Fellow of the Econometric Society. Professor Gale’s research interests include the foundations of general equilibrium theory; financial economics and banking; experimental economics and decision theory. He has worked closely with Franklin Allen on the theory of banking and financial crises, with special focus on the interaction of banks and markets. Professor Gale will visit the Department during the week of February 27-March 3, 2017 where he will present his latest research in the departmental workshop, and will meet with faculty and students.

Whitney Newey is the Jane Berkowitz Carlton and Dennis William Carlton Professor of Economics at the Massachusetts Institute of Technology. Professor Newey will visit the Georgetown Economics department during the week of February 21-24, 2017, where he will meet with faculty and students.