Bachmann and Bai examine the effects of wealth bias in the policy process. 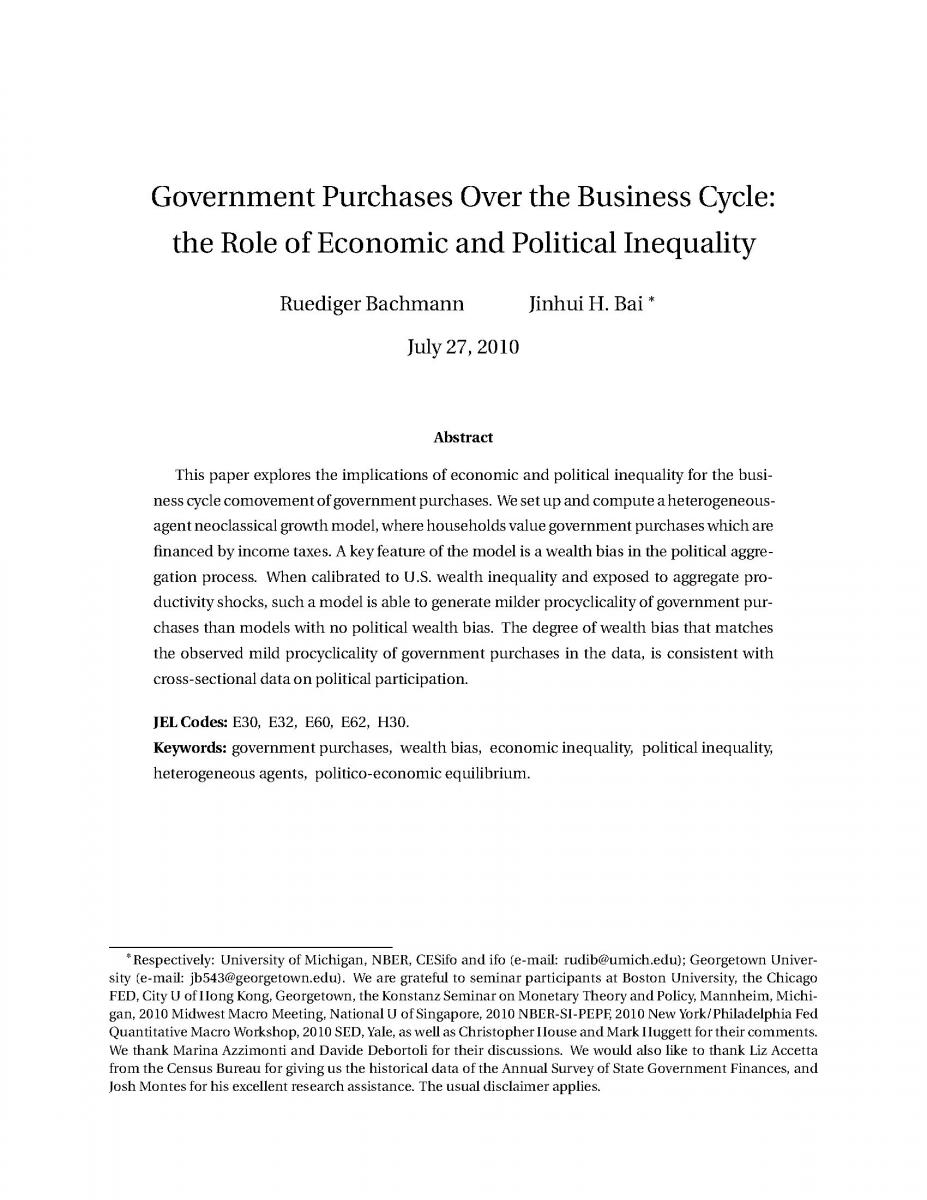 In their paper, “Government Purchases Over the Business Cycle: the Role of Economic and Political Inequality (GCER Working Paper, 2010),” Ruediger Bachmann and Jinhui H. Bai explore the implications of economic and political inequality for the business cycle comovement of government purchases in the U.S. They conduct theirquantitative experiments in a standard model of economic growth in which public expenditures financed by income taxes are determined by the political process. A key feature of their study is a wealth bias in the political process that disproportionately weights the clout of upper income groups. Increases in income inequality therefore lead to increased political inequality. The analysis shows a negative correlation between wealth bias and the degree of business cycle comovement of government purchases.The estimated wealth bias that matches the observed mild procyclicality of government purchases in the data, is also consistent with cross-sectional survey data on political participation.

This effect is illustrated in the graph below where increases in the wealth bias of the policy-making process can be seen to dampen the correlation between income and purchases.